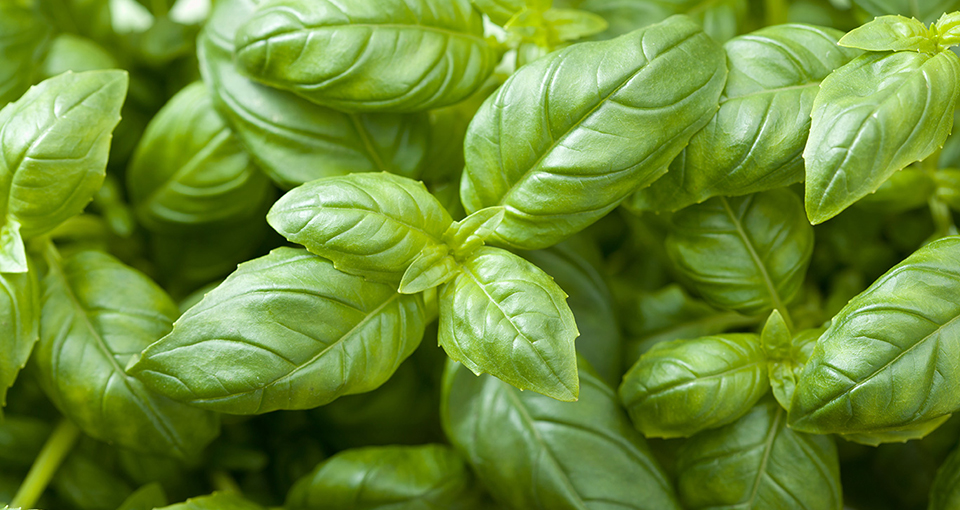 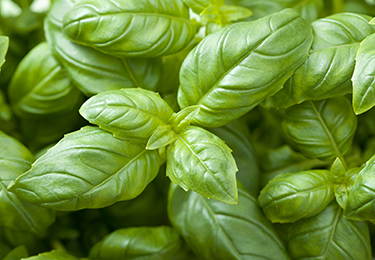 Basil (Ocimum basilicum spec.) is an annual herbaceous plant up to 40-60 cm in height with a thin stem that is branched at the top. The lower part of the plant has stalked, ovate leaves, with toothed or entire edges and the upper part has stipules with grape-like white, pink or purple blossoms in a lightly whorled arrangement growing out of the axilla. Basil primarily grows wild south of the Alps. It prefers soils that are rich in humus and nutrients, loves a lot of sun and avoids wind and cold.

Basil originated in India, but found its way to the West a long time ago. Individual parts of plants found their way into burial chambers in the pyramids around 3,500 BC and the Romans used Basil as a medicinal, seasoning and ornamental herb. According to Orthodox church lore, the then unknown, aromatic herb grew over the holy cross of Jesus, where Empress Helen, the mother of the Roman Emperor Constantine the Great, discovered it on 14 September 325 near Golgotha. This is the origin of its “royal” name basil (basilikós = king in Greek), and is also known in German as “Königskraut (king’s herb) or “Königsbalsam” (king’s balsam). In the 12th century, the monks introduced basil to central Europe, where it has been firmly established as a cultivated plant: as a widely used phytotherapeutic, in the kitchen and in the perfume industry.

The sun-loving basil plant is still popularly used today as a bee pasture. Modern research has also shown that basil oil gets rid of skin and nail fungus as well as Trichophyton rubrum and Candida albicans.