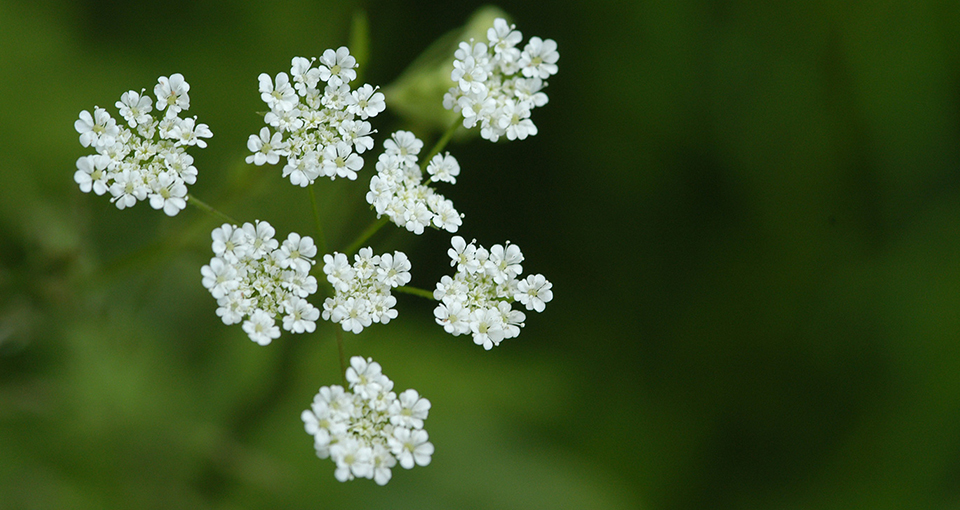 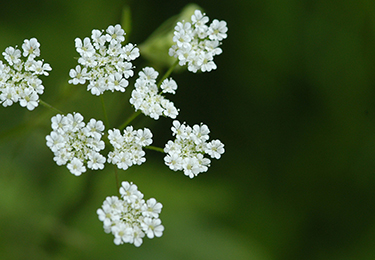 Trifoliate is the collective term for some potassium-rich European wild vegetables. One of these plants is a potassium – rich sub-type of the ground-elder (aegopodium podagraria ssp. potassa), which belongs to the family of the umbelliferae (apiaceae). Ground-elder usually grows in large quantities since it spreads out over a large area by means of its intricate runners. All trifoliate plants can be found throughout Europe and are distinguished by their robust growth.

In our part of the world the trifoliate wild vegetables were considered to be healthy foodstuffs over a long period of time. Our ancestors used them as popular ingredients for stews and salads especially in spring when the garden did not yield so much. In the Osnabrück area it was a great custom to prepare a “green soup“ from these herbs on Maundy Thursday. However, in recent decades trifoliate has increasingly sunk into oblivion. With the spread of supermarkets which offer their customers so-called “fresh vegetables“ throughout the whole year, the old wild vegetables have increasingly been stigmatised as weeds. Ground elder, in particular, can look back on a long history as a cultivated European plant.

The many popular names alone bear witness to its great significance for the European population (goutweed, Bishop’s weed, goat-herb). Both the appearance of the plant and its use as a healing agent were incorporated into these common designations. Thus the geometric form of the leaves reminds one of goat tracks, which helped the plant to its scientific name aegopodium pes caprae in the 16th century. The present-day Greek name aegopodium podagraria takes into account its application as a therapy against gout.

The trifoliate plants feature a very high potassium content – a fact which was only discovered by our research. Particularly ground-elder, however, does not always contain over-average quantities of potassium.

Only special sub-types, which grow in selected locations, store large quantities of this mineral. The sub-type used by us is also one of these and there is a good reason why it bears the additional name tag potassa (potassium-rich).

Potassium
Potassium plays a central role in the body’s water balance. Since the human organism consists of approximately 70 per cent of this vital elixir, an intact water balance is particularly important. The largest portion of water is in the cells and is the medium there for metabolic processes. Potassium is also mainly located in the cell – in comparison to sodium – (intracellular). In the blood, on the other hand, the concentration is low. With a total amount of approximately 150 g in the body, potassium is therefore crucial for metabolic processes of the cell. With increasing age the proportion of water in the body sinks. In this way many sequences in the cells slow down. Fats and other metabolic waste deposit themselves in the connecting tissue. Only if the organism has enough potassium at its disposal will the cells be sufficiently supplied with water and remain firm and vital for a long time. At the same time potassium ensures that superfluous tissue water stored between the cells and waste matter dissolved in them are swilled out.

In addition, new studies have proved that a potassium-rich diet reduces the risk of stroke.